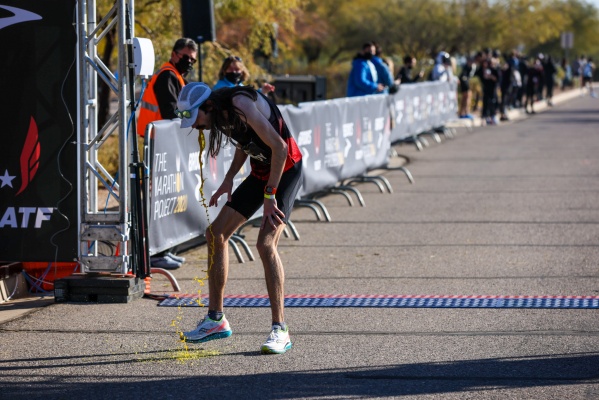 Whatever company sponsors Noah Droddy has the word of those signed below that they will buy your shoes that same day!

Even a 2:09 marathon doesn't necessarily pay the bills these days! At the end of 2020, Noah Droddy's Saucony contract was not renewed, despite his breakthrough performances and cult-like popularity on social media. The problem is it’s difficult to quantify how many shoes Noah sold.

So we're left with a methodology for determining an athlete's valuation that is archaic and completely made up. There is no real data that goes into the decision making, so if you're an athlete up for a new contract you're left praying there’s a bidding war or that the one person in charge of said decisions really likes you.

Until we find a way to measure incrementality, athletes can only protect themselves financially by stocking up on as many shoes as possible to later sell on Craigslist as an insurance policy.

That’s why The Lap Count is starting a pledge! It’s time we demonstrate the value that professional runners can bring to a company. I haven’t had to pay for a pair of running shoes since high school, but I’m ready to speak with my wallet:

Whatever company sponsors Noah Droddy—you have my word that I will buy a pair of your shoes that same day!

Join me in signing THIS PLEDGE and share to others who are ready to speak with their wallet!