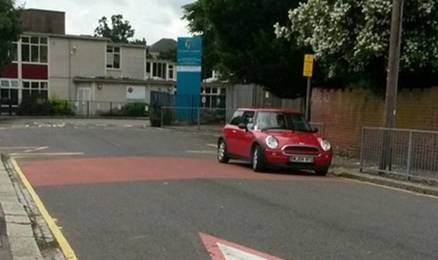 Zebra Crossing at The Grove Academy

We the undersigned petition Hertfordshire County Council to provide an official* pedestrian crossing on Fourth Ave, Watford, outside the main entrance to The Grove Academy Primary School.

Teachers, parents and carers are worried for the safety of their children and themselves as they walk to and from school. There is currently a red "crossing" on the road which is very ambiguous and can cause confusion for children and drivers. There have been numerous incidents where cars have come from either direction and not stopped whilst children are waiting to cross. Some have even been "clipped" by cars who are too impatient to wait. On a number of occasions a car was stopped at the crossing while another car overtook this car and was lucky not to mow down the children crossing at the time. There is also the issue of cars/vans being parked across the entrance to the red “crossing” making it even more dangerous as children walk out from behind the vehicle, unseen by oncoming cars.

This really is an accident waiting to happen.....

Watford Borough Councillor for Meriden ward, Paddy Kent, came to view the current "crossing" during morning drop-off. He agreed that a safer crossing is needed and emailed Herts CC. They replied and suggested that the area immediately outside the entrance to the school was not suitable due to visibility.... Surely this lack of visibility makes it all the more dangerous for our children?!

Is this just a case of red tape/money?

Does a child have to be killed or severely injured before action is taken?

We, the undersigned, call on Hertforshire County Council to put child safety first and make this a zebra crossing on Fourth Ave, and a safe place for all to cross.

* Official crossings meaning – crossings, such as pelicans and zebras, that are understood as being such by both pedestrians and other road users and be noted as such in the Highway Code. This does not include patches of red tarmac that are not seen nor understood by drivers, and in fact raise the risk of further accidents if pedestrians assume they are safe to walk out onto.