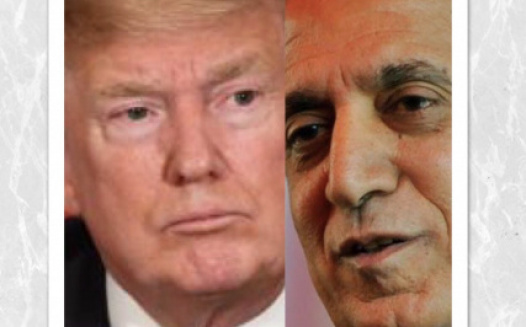 Zalmai Khalilzad is back in Afghanistan and is claiming to be President Trumps Representative.

Zalmai Khalilzad is back in Afghanistan and is claiming to be President Trumps Representative.

The Afghan Americans and the people of Afghanistan have been very optimistic and hopeful since you won the U.S. presidential elections. We applaud your Afghanistan Strategy of defeating and destroying Taliban and ISIS.

Dear Mr. President! As an American citizen and the people of Afghanistan, we are obligated to share vital information and concerns regarding an individual from former administration who is sabotaging your Afghanistan Strategy. Zalmai Khalilzad, a naturalized U.S. citizen of Afghan descent who has been dishonest in his duty in the past, is now claiming to be your representative and on your behalf he is threatening the people of Afghanistan with death and destruction by the U.S. unless the people obey the (Obama Selected President Ashraf Ghani).

Khalilzad belongs to a minority tribe called Kuchis or Nomads thus he has a personal interest in the Afghan conflict. The Kuchis from which both Ashraf Ghani and Khalilzad hail from make up the vast majority of Taliban, ISIS man power and leadership in Afghanistan.