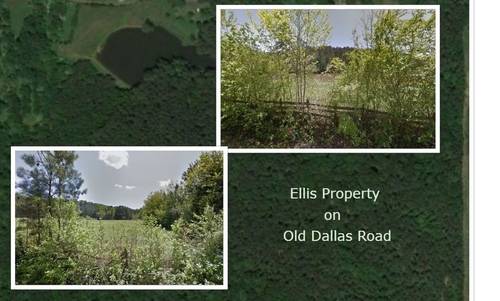 UPDATE: Another parcel was recently added to this petition. The updated site plan and stipulation letter reads: Rezoning request from R-20 & R-80 to Conditional R-20 & R-80. The plan shows 120.56 acres of land with a proposed 198 lots equalling a density of 1.92 u.p.a.

The Planning Commission will vote on this at their next meeting - Tuesday, October 4, 2016, at 9:00 a.m. at 100 Cherokee St, 2nd floor BOC Room. Please come out and be counted to show your opposition to the increased density in West Cobb.

We ask that the Cobb County Board of Commissioners DENY case Z-47-2016, which seeks to rezone 108.82 acres currently zoned R-20 & R-80 to R-20-to a plan. The current Cobb County Code does not contain a classification of R-20-to a plan. The Planning Commissioners are recommending the developer (Pebblebrook Development LLC) receive a density bonus of 35 homes as their plans are not to clear-cut the land. Nowhere in the R-20 Code does it allow for a bonus unless the rezoning will be an OSC development. As stated in Staff comments, the allowable number of units under current zoning is 144, resulting in a density of 1.54 u.p.a.. The highest density of any of the adjacent neighborhoods is 1.57 u.p.a. (Cheatham Springs), and this density falls in the upper limits of the area. The proposed density of 1.92 u.p.a. will have a negative impact on the quality of life of adjacent neighborhoods, as well as the entire area by affecting the property values, County infrastructure, stormwater drainage, traffic congestion, and already overcrowded public schools. Therefore, we ask that the Cobb County Board of Commissioners DENY case Z-47-2016.