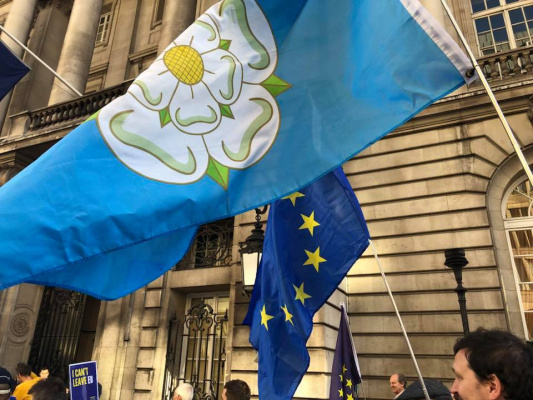 York for Europe 0 Comments
268 people have signed. Add your voice!
27%

It is now 3 years since the European Union referendum and yet the country still remains acutely divided on whether the UK should remain in the EU or not. We need to find a way of healing that division and developing a shared vision for the future of our country. For the city of York the implications of leaving the EU, particularly without a deal, are alarming.

We believe that everyone carefully cast their vote in the 2016 Referendum, for the best interests of their families, their community and the country; however came to different conclusions. We therefore need to find a way forward, not least as the political context has changed considerably since then.

We are deeply concerned at the impact that taking the UK out of the European Union will have, not least on jobs, our environment, our peace and security and our rights. In the light of global uncertainty and the climate crisis, domestic economic risk and uncertainty for EU citizens who currently live in the UK, or UK citizens who currently live elsewhere in the EU, we believe that remaining in the EU and working to reform the operation of the EU is in our country’s best interest.

We further believe that remaining in the EU is important for York as a city.

York has welcomed many EU citizens to live and work across our city, and this has brought real social and economic benefit to York. Whether studying in York, working in the NHS, public services or business in the city or supporting our community, we believe that all EU citizens should have the opportunity to remain in York and share the rights that we all enjoy as they contribute and belong to our city.

As a member of the EU the UK gains the benefits of membership of the Single Market, the Customs Union and other European agencies. These ensure the free movement of goods and services and set high safety standards for consumers and the protection of the environment. Importing goods from countries where standards fall far below those that we have come to expect will drive standards down here in the UK. This will result in more goods being flown or shipped greater distances and will add to the UK’s carbon footprint, further jeopardising our environment.

As a member of the EU we have a voice in shaping the future of Europe and the UK. Like all political institutions, we believe that the EU is not perfect, and are therefore committed to reforming the EU, which is now the central focus of the European Union.

We conclude that the benefits of staying in the EU and being part of the change far exceed those of leaving and we will campaign to secure the UK’s future within the EU. We will work together to campaign against a ‘no deal’ scenario, and while we will campaign to remain in the EU, we believe that the people of York should have a final say.