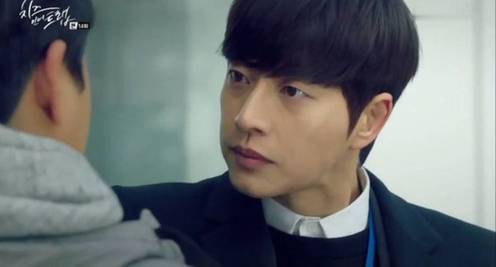 YooJung's screentime is cut - Why?

As a fan of the Korean drama Cheese in The Trap (CITT), I have enjoyed the drama very much in the beginning, from episodes 1 to 8. Park Hae Jin as Yoo Jung is a charismatic character to watch. Other than the group poster, the main promotional poster was a photo of Park Hae Jin and Kim Go Eun.

However since episode 10, all the episodes features Baek InHo prominently. In some episodes, he occupies almost half the screentime. Yoo Jung only appears here and there each episodes much to the dismay of most CITT fans.

In fact, webtoon readers have pointed out that there were scenes from the webtoon that belongs to Jung that were given to Inho in the drama. In addition, every episode shows Inho practising the piano. This is not Nodame Cantibile, why so much time showing him playing piano? There is also no love triangle in the webtoon.

We demand answers from the TVN production team with regards to the above. The change in direction from episode 9 onwards is really jolting and jarring. why the sudden promotion of Baek Inho?