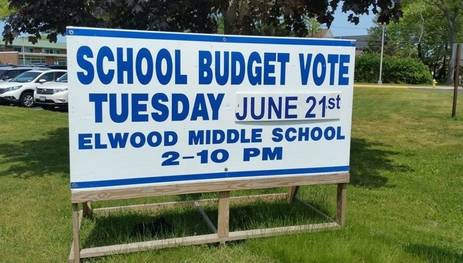 1. We are registered voters that live in the Elwood school district.

3. We understand that this proposed tax increase of 1.88% is the lowest proposed increase to the school tax levy in over a decade

4. We understand that the NYS tax cap for our district is .66% which would give us a budget less than the current year despite rising contractual costs and unfunded state mandates. Therefore, we would be at a loss of approximately $500,000.

5. We want to maintain classroom ratios and programs as currently enjoyed in the 2015-2016 budget that matter to students, parents and taxpayers. Budget cuts that do not gravely affect those things most important to Elwood families should be considered and discussed to maintain a lean budget in the future.