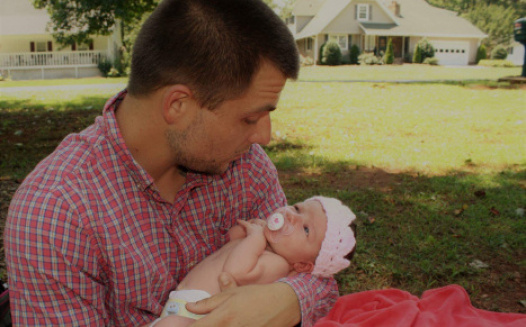 This is a petition which is being sent to both the states of North Carolina and Massachuessettes. We ask that this petition is signed to help show support for a US Marine who is being wrongley accussed of murder. Sgt. Shamus Patrick King is being wrongfully accussed of murdering his 11-wk old daughter by shaken baby syndrome. He was watching his daughter when he states she appeared to have a seizure and picked her up and ran to a neighbor for help. Ems arrived and took her to the hospital where they immediately through out accussations of child abuse. After his daughter passed he was arressted for murder without any evidence. They still do not even have an autopsy back yet to confirm any allegations. Anyone who knows this man knows that he could not hurt anyone let alone the daughter which he adored. Shamus left his life in Massachuessettes to go to North Carolina to be with her and provide a life for his baby girl. He was so excited to be a dad. He served his country honorably and protected our way of life with his service now we need to protect him. We need the people to be his voice now. Please help this wrongfully accussed! Thank you