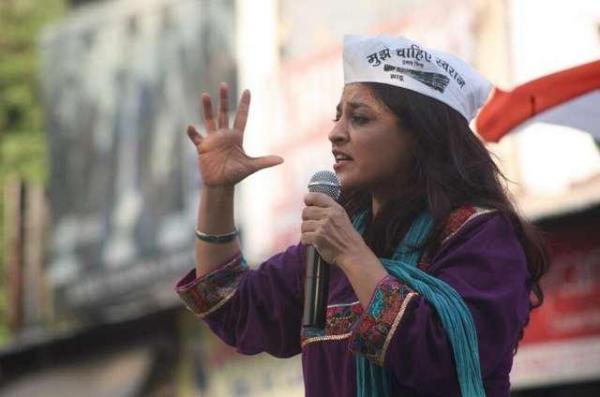 “Words have a magical power. They can bring either the greatest happiness or deepest despair; they can transfer knowledge from teacher to student; words enable the orator to sway his audience and dictate its decisions. Words are capable of arousing the strongest emotions and prompting all men’s actions.”

This petition is about Shazia Ilmi and the sarcastic comment given by her to the Muslims in Mumbai. We can understand that what she said was a sarcastic comment, but can also understand that she asked a particular community to vote for a particular person/party which we feel is wrong.
We are AAP supporters. Her intentions may be right but her means were totally wrong. A right intention doesn't allow one to chose any means.Whenever politicians from other parties choose wrong words, we are very critical about it. But when our own member chooses a wrong word we are very forgiving.This should not happen. AAP came to change the system and ignoring this issue would be a step backwards. Her words were wrong and it's quite clear.
So we request AAP to take some action against Shazia Ilmi.Action must be taken not for being communal but for choosing wrong words in public domain,which conveyed wrong message throughout the nation.See, we are not saying that she should be removed from party.. but yes some action must be taken so that next time she and other members of the party choose their words with caution in a public domain and will not repeat the mistake again. She chose wrong words even before the Delhi elections too..
Hope that some action will be taken against her..
Thanking You
AAP well-wishers.
*Edit- this is in relation with video clip of 1 min 20 sec where she was talking to small group.