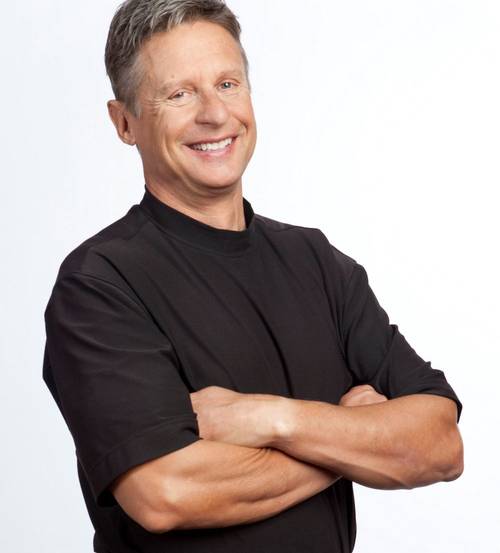 Would You Vote for Gary Johnson?

Do you think Trump is too unstable, Hillary is too corrupt, and Bernie is just too socialist? The current conclusion is that the 2016 election will end up being Trump vs Hillary or Bernie. The only problem is that there is a vast number of Americans that hate all 3 of them; much more so than in past elections. For all of you who fall in that group, I give to you Gary Johnson.

I know what you're thinking: "Hes not running as a Republican or Democrat so he has no chance of winning." The only reason that is the case is because everyone else thinks that too. Many people would like to have a person like him as President, but do not want to "throw their vote away on someone who has no chance." The purpose of this petition is to find out how many people would prefer Gary Johnson over Trump, Hillary, or Bernie and would vote for him if they knew they would have enough fellow voters to give him a fighting chance.

If you are one of those people, please sign this petition so America can know that this year enough people are dissatisfied with the main options that someone other than a Republican or Democrat has a chance of winning.

And please share this with your friends. If YOU (yes I mean you right there) do not share it, it will not get the exposure it needs to accurately represent the support that America would have for Gary if they only knew that others were of the same mind.