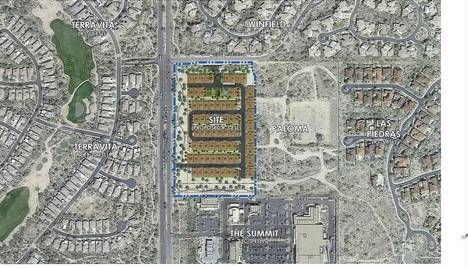 We the undersigned residents of Winfield Owners Community Association Club oppose the proposed 78 unit development (known as "Scottsdale Heights") at the southeast corner of Scottsdale and Dove Valley Roads. We oppose the project because its proposed 5.6 dwelling units per acre substantially exceeds the dwelling unit density of the established neighboring Winfield parcels. Furthermore, the requested zoning change to R-3 would not preclude the property from being developed as apartments following approval of entitlements. The proposed project's dwelling unit density substantially exceeds that of Winfield and that of all existing neighboring and nearby residential communities. The development as proposed is NOT complementary to Winfield nor to other neighboring and nearby residential communities.

A residential development with zoning which will preclude apartments and with a lower dwelling unit density which would be complementary to Winfield and all existing neighboring and nearby residential communities should be considered.

Therefore, we oppose the request to change the zoning to allow this 78 unit development to be built as proposed and urge that the request be denied.