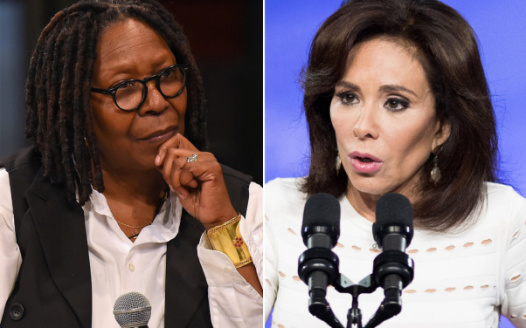 As many have seen, Whoopi Goldberg and Fox News host Judge Jeanine Pirro had a heated debate that took a dark turn after the cameras turned off.

According to Judge Jeanine on Sean Hannity's radio program, Goldberg verbally harassed Pirro on her way out.

Pirro said that Goldberg spit on her and said "Get the [BLEEP] out of here" before ultimately exiting ABC studios.

How would a conservative host been treated?

This petition is a direct message to ABC to FIRE liberal host Whoopi Goldberg for her disgusting way of treating Judge Jeanine!