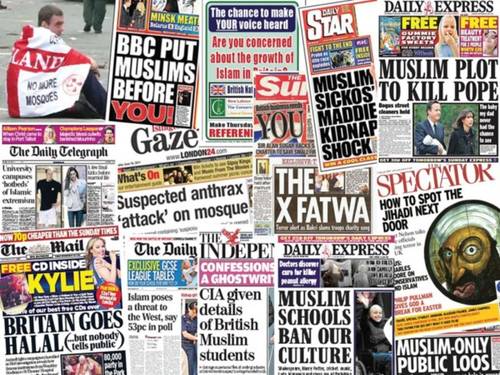 Who really causes Islamophobia: the media or ourselves?

Islamaphobia is the dislike of or preference against Islamic or Muslim individuals, particularly as a political power. Islam has been reliably depicted by worldwide media as a savage inclined religion . The transcendently negative media depiction of Islam and Muslims should be adjusted by across the board learning of peace-adoring Muslims who seek after the way towards a union of affection and will with God. At last, since media representation of Islam has changed definitely inside the previous decade, it is important to perceive how these representations have molded popular supposition of Islam. While just a minority of youngsters have been found to hold biased opinions about sees with respect to Islam, a greater part see Muslims to be outsiders, fuelling the idea that Islam is a danger to Western culture and that Muslims are unique in relation to what individuals from Western culture "ought to" be. On the off chance that you need to take in more about the Islamic religion and what is truly going on, converse with your neighbors, they may be of that faith. Ask a companion; they may likewise be of that faith. However, do not permit the media to shape a picture in your brain that does not speak to reality. It shouls be in everybody's best interest to request the media outlets for more genuine and unbiased filtration since what is going on right now is without a doubt exploitative. At long last, the media ought to begin inclining towards a more deontological path in displaying the news with a specific end goal to satisfy its "actual" purpose. By signing this petition, you are making a commitment to illuminate yourselves about individuals of the Islamic faith, as opposed to making suppositions taking into account the blended data that the media nourishes us, as citizens of the United States.