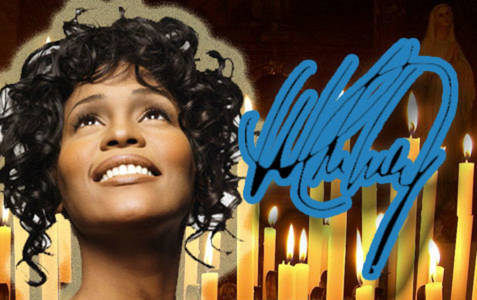 Whitney Houston was a treasured voice in her time. It's very well known that she started singing in church. Through out her career she often incorporated that into her live shows and to a lesser extent her recording sessions. She had to fight to get "Jesus Loves Me" on the soundtrack to the "The Bodyguard" which is the number selling motion picture soundtrack of all time (according to the Recording Industry Association of America) !

It seems a crime that she never got to release a full album of Gospel songs. The closest she came was the soundtrack to "The Preachers Wife" which also included a mix of other artists as well as secular songs. Despite the release by Sony of her best live performances, it failed to include any of her many live Gospel performances which are, in this writer's opinion, some of her finest performances.

We the undersigned would like to request the release of an extensive collection of Whitney's live and studio recordings that reflect her love for her Faith, which she expressed up to the very last days of her life. (The last song she sang live was "Jesus Loves Me". One of her last studio recordings was "His Eye Is On The Sparrow.")

A remastered album of 15 - 20 Gospel songs sung my Ms Houston throughout her career would be a treasure for her fans, Christian and non-Christian, and for those of us who Believe, a glimpse of what she is singing this very moment.