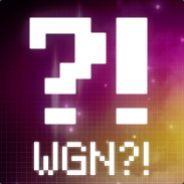 Bring back "Who's Gaming Now?!"

On May 2, I came home to find that my Steam group, "Who's Gaming Now?!" had been "administratively disabled" without any warning whatsoever.

For well over a year I put most of my evenings into running the group and arranging lots of fun events for our member base of 70,000+.
I engaged in a long conversation with Steam support who would not specify what I had done wrong and would not re-enable the group. Today (one week later), I managed to get the reason out of them.
The reason - we had been running contests on our Steam forum which is against the terms of service. Contests outside of Steam are okay but it seems that within Steam they are not permitted. I did not realise this and it had never been brought to my attention that this was against any rules. There are also many other groups which run contests regularly so it never crossed my mind.
I'm asking for you to sign my petition so that all my hard work has not been in vain. Our group promotes indie devs and finds you the best deals for Steam redeemable games.
In the event that the group is re-enabled, I'm prepared to close off the forums and announcements completely so that we don't post anything which Steam disagrees with.
Thanks for your time.