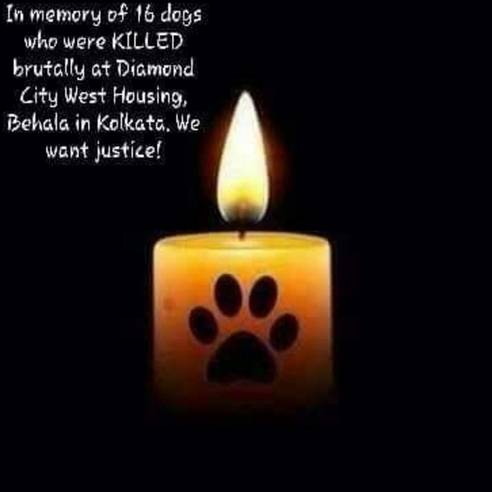 In memory of 16dogs who were killed brutally at Diamond City West Housing, Behala in Kolkata. WE WANT JUSTICE!

297 people have signed this petition. Add your name now!

This how we claim to be a human!!! Then we should kill ourselves the way those 16 dogs died...
They were not mad...they just asked food to the community...they tried to find a shed in the society..and they barked at night....

That created such problem to those so called enlighted humans....who sleeps peacefully in their airconditioned luxurios flats...could not share this much with those poor lives..that they ordered them to kill by suffocating inside sacks.