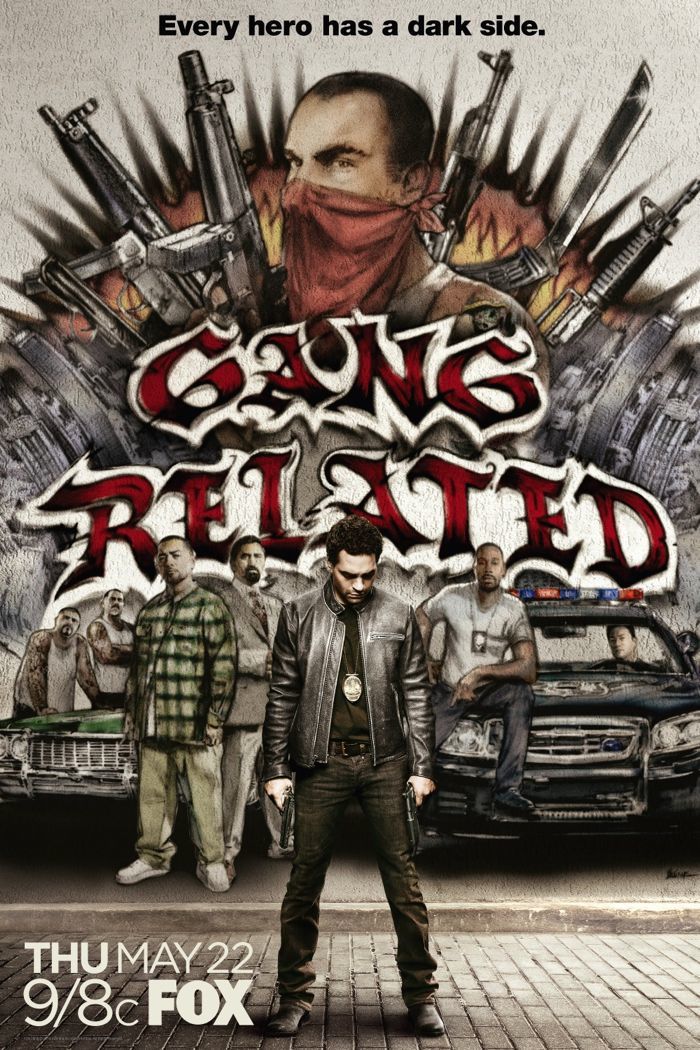 Gang Related FOX aired on May 22, 2014 ~ FOX gave us a phenomenal Season 1 and #WeWantGangRelatedSeason2

Every villain has a noble cause, and every hero has a dark side. In the gritty new action-drama GANG RELATED, Detective RYAN LOPEZ is a rising star in Los Angeles' elite Gang Task Force. What the world doesn't know is that long before Ryan became a cop, he pledged allegiance to a different band of brothers - a powerful Latino gang called Los Angelicos. When Ryan's best friend and police partner is senselessly killed by a notorious gang member, Ryan teams up with longtime Task Force member CASSIUS GREEN, who has been at the forefront of the city's war on organized crime. In this war between law enforcement and gangs, the series explores how only people who really know the streets can win the battle on the streets. Despite his profession, Ryan is still beholden to the gang's leader, JAVIER ACOSTA, the father figure Ryan has tried to make proud his entire life and the man who masterminded his entry into the police force. It's a secret that has been held for a decade by Ryan, Javier and ... Written by FOX (IMDb)