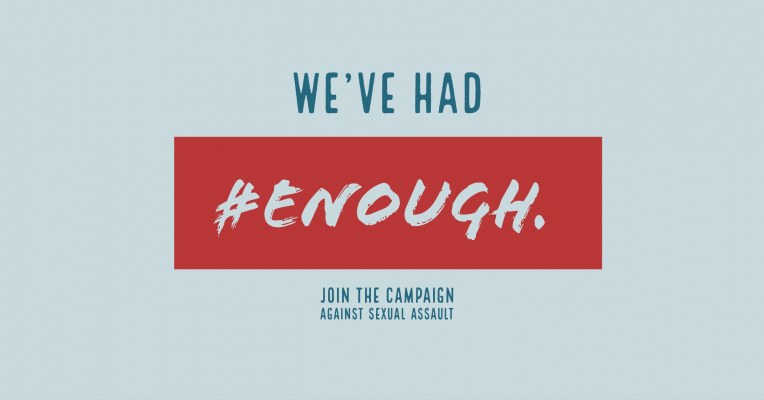 We've Had #ENOUGH of sexual assault at the University of Kent.

We’ve Had Enough is a student-led campaign to bring together students from the University of Kent in solidarity against sexual assault on campus. We all know someone or have ourselves been effected by sexual assault and yet we have so far stayed silent. But now we’ve had enough. Enough of feeling scared and unprotected by our own university. It is not the stranger in the bushes that frightens us but those that walk among us on campus and feel they have the right to our bodies. By coming together as a positive force for change we hope to rewrite the way sexual assault is viewed on campus. Together we can be a voice loud enough to be heard.

- Establish regular communication between societies and Kent Union regarding the issue of sexual assault.

- A cohesive system of communication between the Union and the University in responding to sexual assault.

- Change the sexual assault culture within the student body.

- Promote a safe and supportive environment to encourage discussion.

- A published report from the University outlining the number of sexual assault incidents on campus and the measures put in place to combat this.

- A clear and simple sexual assault response procedure widely available to all students.