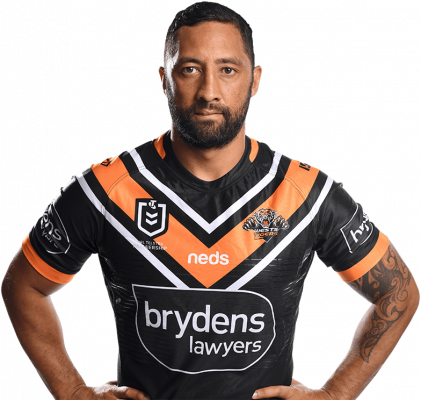 Wests Tigers need to sign Benji Marshall for another year!

Benji Marshall is one of the Wests Tigers most decorated players and one of the clubs most loyal servants. Despite Benji's wish to remain at the club for the 2021 season, Michael Maguire and the inept Tiger's board have given him his marching orders, forcing Benji out of the club next season.

Now I don't know about you but I think given everything that Benji has done for the club, as well as his recent strong performances in his 17th year, I believe he deserves to be rewarded with a 1 year contract to play out the final year of his career for the club he has given so much to. Coach Maguire and the board of dummies might have the final say but I believe it's not solely up to them to make crucial decisions without any consultation from the clubs fans. We've supported the team for years, through the good and the bad, but this is disrespectful and seeing how we treat our veterans isn't helping to lure new talent to the club.

So, if you're a Wests Tigers fan or Benji Marshall supporter, show your support and sign the petition so our voice can be heard!