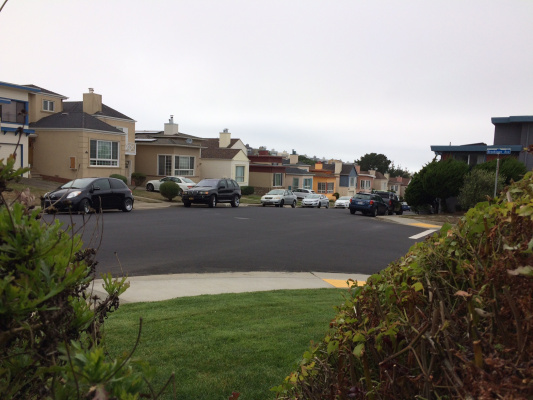 There is a growing problem with absentee ownership of Daly City homes and converting homes into “rooming houses”.

The move to pave front yards is largely due to enabling Absentee Owners to illegally convert homes to multifamilies.

Homes are falling into disrepair and the overall quality of life for existing residents is deteriorating at an increasing rate.

We do NOT want front yards paved.

We believe the parking problem results primarily from “rooming houses” and “multiplexes.”

We agree the largest threat to the neighborhoods comes from Absentee Owners who turn properties into rooming houses and don’t maintain their properties.

We support OWNER-OCCUPIED ADU’s and JADU’s

We want elected Representatives, City Manager and City departments to address this.

NOTE: Where permits are suspended, this specifically applies to ABSENTEE OWNERS to prevent addition of new living space or addition of new utilities such as gas plumbing and electrical. It does not prevent a new owner from cleaning up a residence or modernizing a kitchen and bathroom. Additionally, the moratorium on permits has absolutely no effect on owner-occupants and their current abilities to get permits.

OWNER-OCCUPIED properties with ADU’s and JADU’s provide an acceptable way of protecting our neighborhoods because the OWNER must live with only one rental unit per household. Owner-occupants care for their properties and control their tenants.

We assert homes in Daly City should be: “ADU, JADU or ONLY YOU!”

All homes should be owner occupied or rented out with one lease, no short-term or subleases. No solicitation of roommates by absentee owners—only Whole House Leases.

Please tell us (in the message box) what part of Daly City you live in and if you are willing to HELP US TO HELP YOU by knocking on doors in your community to tell your neighbors about this petition.

I am requesting that the City of Daly City take immediate steps to close down “rooming houses” and short-term rentals in R-1 zoned neighborhoods (zoning for single-family homes) in Daly City.

I am requesting codes be created requiring that ALL single-family homes that are not OWNER OCCUPIED are rented as the entire house on one lease that includes a prohibition on subleases and/or short term rentals.

I am requesting that ALL single-family homes be occupied by the owner with permission to create one ADU or one JADU as long as the property REMAINS owner-occupied. If the owner changes residences, permission to have an ADU or JADU unit is revoked and the owner must restore the units to meet code requirements to create a single unit house.

I am requesting that ALL titleholders of single family homes with tenants (including ADU’s and JADU’s) BE REQUIRED TO OBTAIN A BUSINESS LICENSE and report annually on who their tenants are, provide a copy of the current lease and confirm where the owner is presently living (with proof of residence). This can be done with the tax filing.

I am requesting that before titles can be transferred the new owner must show that he has been given notice of the Daly City codes concerning rental agreements, ADU’s and JADU’s. If there is an existing rental unit, ADU or JADU the owner must show he will comply with the codes requiring owner occupancy, etc, or the units and utility services must be removed before the title can be transferred.

I am requesting the City of Daly City to forbid paving front yards for parking West of I-280.

I am requesting that the City of Daly City forbid parking in the front yards West of I-280.

I am requesting that the City of Daly City require un-permitted pavement in front yards be removed West of I-280.

I am asking the City of Daly City to create rules that allow attractive landscaping in front yards that is created in a manner that prevents parking in the yard or anywhere except the original driveway, garage or street West of I-280.

The City of Daly City has enacted a new ordinance for the construction of new Additional Dwelling Units (ADUs) and Junior ADUs as well as the legalization of existing but unpermitted additional dwelling units (e.g. mother-in-law units, granny flats, private bed + bath). These units will be permitted and constructed in R-1 Single Family Housing neighborhoods. In order to protect the R-1 character, appearance, neighborhood feeling, and property values of homes in my neighborhood,I am requesting that Daly City impose a moratorium on issuing ANY building permits for Non-owner-occupied properties in the R-1 areas in Daly City for New Construction, additional living or storage space, or new electrical, plumbing or gas systems, fixtures and/or appurtenances until the City has issued codes and enforcement procedures to require all rental properties to comply with NEW R-1 zoning rules that Rental Units are either ADU’s, JADU’s or an entire single-unit property rented under one lease with a prohibition of sub leases.

Permits may be issued to Non-owner-occupied properties for repairs or replacement of existing utilities and structures, but must specifically prohibit the addition of new living or storage space or gas, electrical or plumbing. Additional electrical outlets may be added to existing living space—for instance a kitchen or bathroom remodel-- with the condition that there is no change to the size of the existing space and no subdivision of the existing space. Unimproved space, including basements, may not be altered, finished or re-purposed.

I am requesting the IMMEDIATE RESCISSION of building permits for new construction not already commenced in non-owner-occupied properties that includes the addition of new living or storage space, plumbing, electrical or gas systems, fixtures and/or appurtenances. Only repair, replacement or remodeling of existing utilities and fixtures is to be permitted and no subdivision or repurposing of existing space is allowed. Unimproved space, including basements, may not be altered, finished or re-purposed.

I am requesting that NO BUILDING PERMITS are issued in Daly City for ANY ADDITIONS OR MODIFICATIONS to existing non-owner-occupied residential properties until the City has issued codes and enforcement procedures to require all rental properties to comply with NEW R-1 zoning rules that Rental Units are either ADU’s, JADU’s or an entire single-unit property rented under one lease with a prohibition of sub leases.

This petition is to have no effect on issuance of permits to current owner-occupants of residential properties.

Your signature will be included with others helping to solve this problem and improve the quality of life in Daly City.

NOTE: Please include your address in the comments section of the reply.

Thank you for your help!