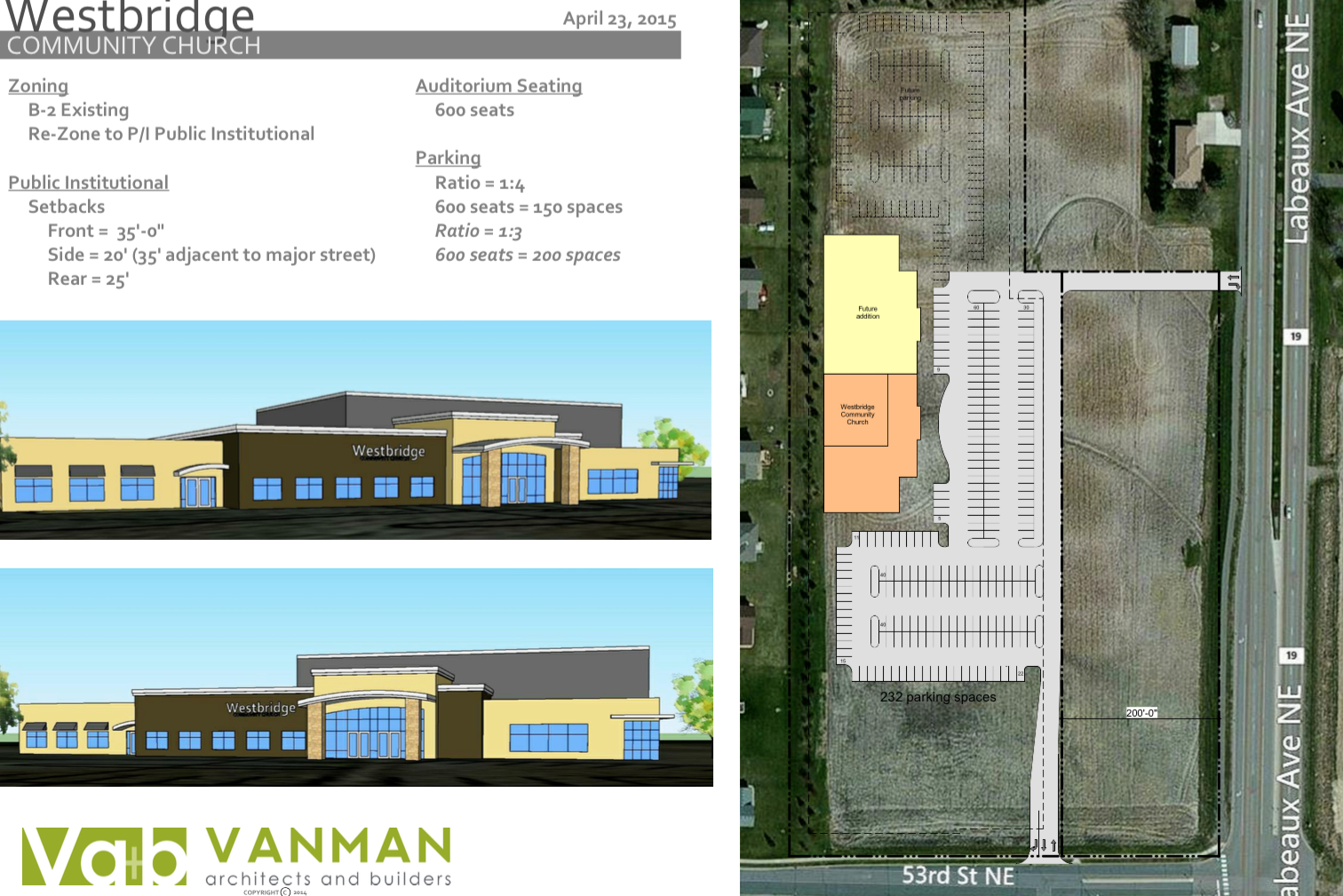 Westbridge Church was started in 2007 and has been making room for friends and neighbors ever since! After opening the doors, Westbridge has grown consistently with over 1500 people calling Westbridge their home, and an average attendance of 850 people! After meeting as a portable church in 5 different locations throughout St. Michael / Albertville, it became essential to start working towards a permanent location. After going under contract for nearly 12 acres of land in the city of Albertville, the zoning commission voted unanimously to rezone the land to allow Westbridge to build a permanent facility.

However, after taking that unanimous recommendation to the City Council, they were denied rezoning by a 3-2 vote. Westbridge Church is trying to work with the City of Albertville to come up with a plan that works for BOTH the city and the church, but we need to let the City Council know that you are behind it!

The land in question is located on the corner of Highway 19 and 53rd Street. Allowing the church to build a permanent facility brings substantial benefits to the city of Albertville. Nearly 80% of attenders come from OUTSIDE the city of Albertville and increase economic activity substantially. Studies show that building a church not only reduces crime but causes property values to increase and attracts new families and businesses to the community!

Let the city of Albertville City Council know that you are behind rezoning land to allow Westbridge Church to build a permanent facility to serve the people of Albertville and the surrounding communities! Sign your name to this petition and please let your voice be heard on this important topic!