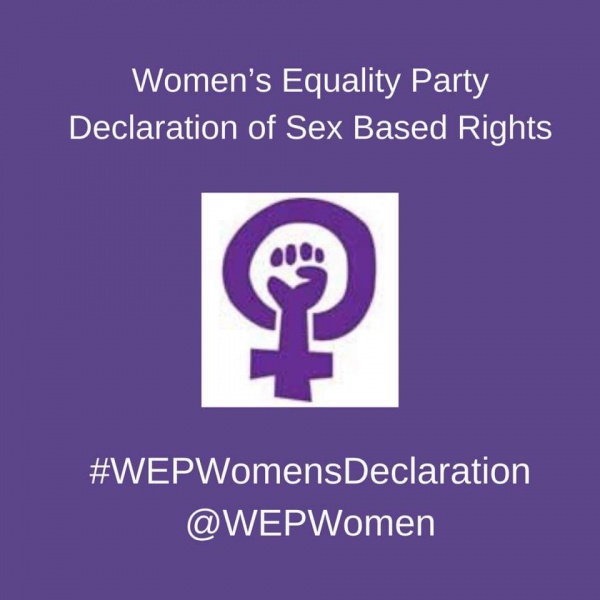 When the Women’s Equality Party was formed in 2015, the Party was questioned on its choice of name and came under pressure to defend it. The Party rightly expressed that the issues that it holds at its core are issues that affect women and only by naming that can we address them.

As members and supporters of the Party, we recognise that discrimination takes many forms and that there are other intersections such as race, sexual orientation and class that have to be acknowledged and addressed in order for all women and girls to be able to achieve their potential.

WEP recognise that there are important discussions to be had around the impact of harmful sexist stereotypes on men, especially around parenting, and how we can achieve equality that will benefit all. We also acknowledge that structural sexism places men in a position of relative advantage and power, and women in a position of subjugation.

Women have long fought for equality for all – for the rights of gay and lesbian people to be upheld in law, for an end to racial and religious discrimination, for rights for people with disabilities, for all people to be able to live their lives free from discrimination and abuse. We continue that fight and stand alongside these communities in upholding these values.

Whilst we fully recognise that transgender people often face a harsh reality in these intolerant times, we support the right of women to raise and address their concerns about how the erosion of sex-based rights could potentially impact their lives.

We stand shoulder to shoulder with the women from the SNP, Labour, Liberal Democrat and Green Parties who have made similar petitions.

We, as members and supporters of the Party in our personal capacities, ask the Women’s Equality Party to acknowledge and support the following assertions: