We believe that Wentworth Gardens, a public housing development in Chicago, is a community with major historical significance and should be listed on the National Register of Historic Places. 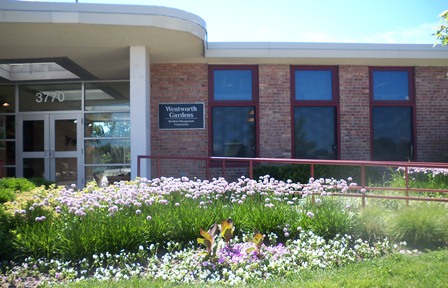 Planned during World War II and first opened in 1947, Wentworth Gardens housed returning war veterans and later thousands of low-income African American families in a tight-knit community.  The site had originally been home to South Side Park, a baseball stadium for the Chicago White Sox (1900-1910) and then the Chicago American Giants of the Negro Baseball League (1910-1940).  In 1944, the Chicago Housing Authority purchased the site to build a 422-unit apartment complex of low-rise buildings and row houses.
After three decades of success, Wentworth Gardens became threatened in the 1980s due to managerial neglect, and its future became uncertain.  But in a remarkable community-led effort, residents successfully organized to save their community.  Their tireless, two-decades long effort culminated in the saving of Wentworth Gardens, with a complete renovation finished in 2009.  Today, the buildings stand largely intact as a successful example of public housing rehabilitation.

The remarkable resilience and persistence of Wentworth Gardens residents is well documented by the oral histories of residents and by scholars Roberta M. Feldman and Susan Stall in their book entitled The Dignity of Resistance: Women Residents' Activism in Chicago Public Housing published by Cambridge University Press in 2006.
We believe Wentworth Gardens meets the major criteria for inclusion on the National Register of Historic Places, including age (66 years old), integrity (renovation preserved the look and feel of the development), and historic significance due to the remarkable efforts of residents to preserve the development.

If you have any other questions, please contact us at vaf3842@yahoo.com.

For more information about this important issue, you can read about the Chicago Housing Authority and learn about CHA through oral histories in When Public Housing Was Paradise: Building Community in Chicago (Univ of Illinois Press, 2004) by J.S. Fuerst and D. Bradford Hunt.