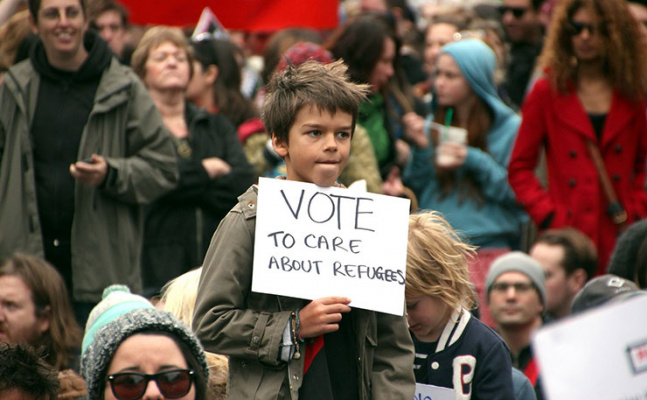 An asylum seeker's journey between countries can be long and harrowing.

Countries in Africa, Europe and Asia have many land borders. This means that people can walk or drive to a neighbouring country. Sometimes borders are made by rivers or mountains ranges. Rivers and/ or mountain ranges often create a natural border. Australia, unlike many other countries, has no land borders. Oceans surround the country.

In many places throughout the world people are able to cross a border without help from anyone else, sometimes even without documentation (such as a passport). In some places people need help with transport to cross borders.

If people seeking refuge are intercepted they may be forced to return to their homeland.

Show Your Support By Signing and Sharing With Others That You Know Agree As Well.