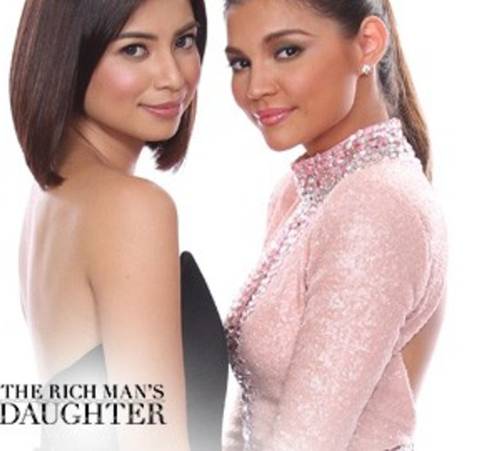 We want TRMD on DVD

We, the undersigned, call upon GMA Network, Inc. to release a DVD and/or digital download of 'The Rich Man's Daughter' for fans who want to have the experience with them for keeps.

For thirteen weeks, a prime-time soap opera from the Philippines gained worldwide attention by featuring LGBT characters as the show's protagonists; a ground-breaking moment in television history due to its premise of a lesbian character struggling with (and eventually overcoming) the traditional ideals set by her family, a first for any country with similar conservative values.

TRMD has introduced a wonderfully talented cast and crew, with the popularity of the show and its actors reflected in the high turnout of fans during mall-shows, daily top trends on Twitter, and the RaStro loveteam garnering the most votes on various online polls. The two lead actresses, Rhian Ramos and Glaiza de Castro, gave life to the characters of Jade Tanchingco and Althea Guevarra respectively to portray a beautiful, enduring love story that will be remembered and cherished for years to come.

There is a clear demand from fans for superior quality copies of the episodes. However, no official confirmation has yet been released by GMA Network to supply this demand for DVDs and/or digital downloads of ‘The Rich Man's Daughter’.

Hence, the following are reasons why a DVD and/or digital download of ‘The Rich Man's Daughter’ should be seriously considered by the decision makers of GMA Network, Inc.:

2) Huge international fan following: The DVD can offer subtitles i.e. English and/or Chinese, Spanish, French, Portuguese, etc to cater to the international market. (Please read comments below from fans all over the world who love the show.)

3) Superb acting: Both the main and supporting cast put on performances with SO much rewatch value. 'Nuff said.

4) High-resolution: Because we want to see every teardrop!

6) Ratings: TRMD sustained consistent viewership, growing at +0.04% in ratings overall (according to AGB-Nielsen). This is an incredible feat considering-

i) TRMD's timeslot competitor, Bridges of Love, was led-in by a ratings juggernaut (Pangako Sayo);

ii) Being set in a conservative country, TRMD may have only captured a younger demographic and not necessarily the target audience;

iii) Following after ii), viewers in fear of a conservative backlash have resorted to watching the show online -- one such online channel logged 10-20,000+ views each night an episode aired -- which is a significant portion of the audience not captured in the ratings.

Lastly, we would like to express our gratitude and commend GMA Network for taking the necessary measures to include more diverse characters and storylines in their shows.

With the signatures below, we hereby indicate our support for an official release of ‘The Rich Man's Daughter’ on DVD and/or digital download.