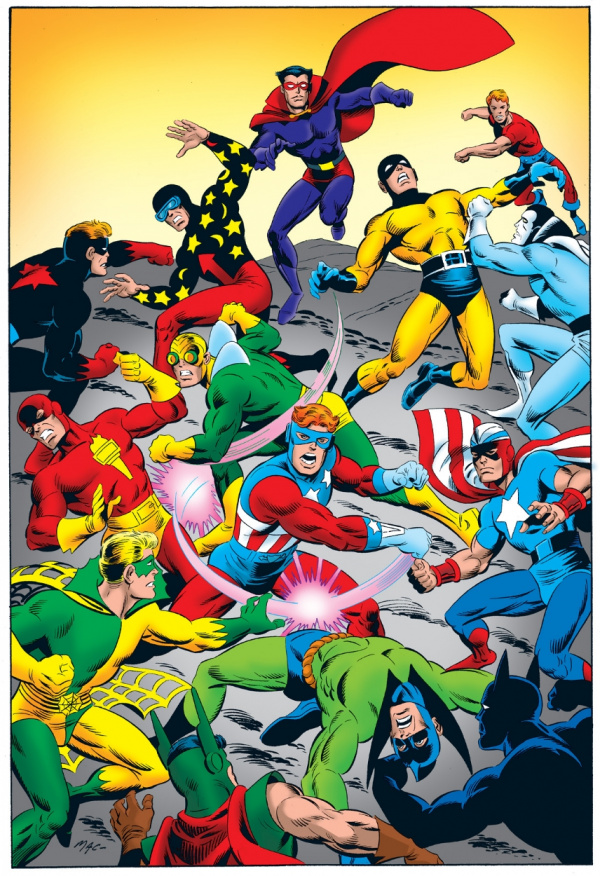 WE WANT THE REAL MIGHTY CRUSADERS!

WE WANT THE REAL MIGHTY CRUSADERS!

There is a hardcore but small following for the original MLJ heroes. Please build from here and don't steal the names of our heroes to make something no one wants. Both DC and Archie want to re-interpret them and give us different charters to diversify or update the heroes. This was a failing strategy at Marvel and DC who are bringing back their core heroes in Rebirth and Fresh Start, and that is what we want from Archie.

We love the Jaguar, not a protégé who has different powers.

We want the original MLJ heroes in a team book called the Mighty Crusaders.

We want classic style art. Art that appeals to fans of the original source material, nothing cartoony or manga-esque.

We don't want an explanation why they are still young, or how they survived since WWII. They don't do that in Superman, Batman and Wonder Woman.

We want to put our money where our mouth is---

We are willing to pay $5.00 an issue for the Mighty Crusaders Quarterly. We would like to see this done as a 4 issue quarterly mini-series volume 1, with a $20.00 price tag.

We would like to see this on Kickstarter. We know there was trouble with the last Kickstarter, but this is different. This is your fans willing to fund a project we want! And wanting to prove to you there is a market for what we want!

We would like to pledge for rewards that get us drawn into the comic.

We would like to see rewards that allow us to purchase the original art, both pages and covers.

We would like to have rewards that have exclusive prints from a classic artist.

It is time for Archie to super service the superfans with their superheroes and we want this NOW!

By signing this petition, we are stating we are willing to pay at least $20 for this project and when there are enough signatures this will prove to Archie there is a market for the real MLJ heroes!