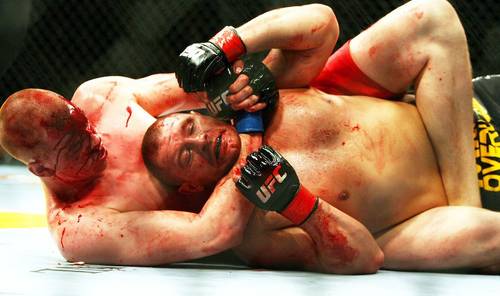 We want "Struve vs. Stojnić II" at UFC Rotterdam in May

On 13 June 2009, at UFC 99, Stefan Struve (at the time 16-3) and Denis Stojnić (at the time 12-2) gave us one of the bloodiest fights in UFC history! Today, Struve is still UFC fighter, while on the other side Stojnić never came back. But, after that fight, he had seven wins and 1 no contest in eight fights.

On 8 May this year, UFC is having an event in Rotterdam. Struve said he wants to fight in his own country, and Stojnić, who's fighting out of Amsterdam, also wants to participate.

Can we make UFC arrange this great rematch?