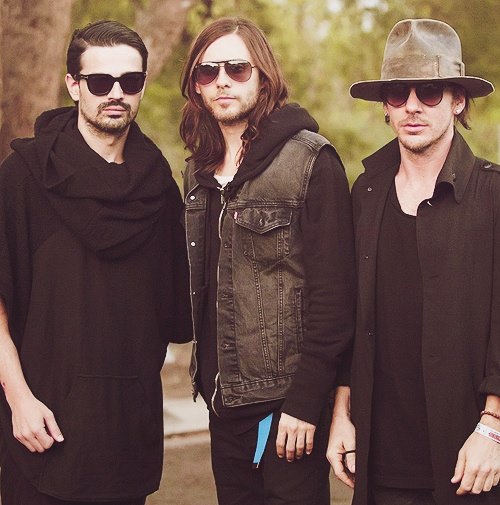 We Want Thirty Seconds To Mars to be our Celebrity Judges

The Echelympics 2014 will be ending on 1/2/15. This is our Third Annual Official Games Of The Echelon. We want to have the super band Thirty Seconds To Mars - Jared Leto, Shannon Leto and Tomo Milicevic be our Celebrity Judges for our BATTLE OF THE MARS COVERS video competition.. All they have to do is judge five top finalist videos and tell us who the winner is on 1/1/15.. It would mean so much to the Echelon having MARS judge their videos and see their talent.The Jared Leto Deserves it Society and Dream Out Loud Society recently presented the band with three red roses and a personal invitation letter.More Echelon would play and respect the Echelympics 2014-The Offical Games Of The Echelon. Let's make this year special. If you agree, sign and pass onto another Echelon. If you have already signed - thank you and post on your facebook pages, Echelon groups, Twitter, Spring.me, Pinterest, Tumblr and My Space.