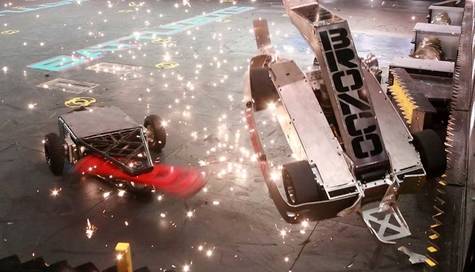 755 people have signed this petition. Add your name now!

Even though Battlebots had a high amount of viewers over the past 2 seasons, ABC has yet to renew for a 3rd season. Even with it airing at the same time as the Olympic's, several football games, and a Presidential address, it did very well in it's Thursday night time slot only being beat by The Big Bang Theory.

Battlebots is not only an entertaining show, but an educational show as well. In our ever technologically evolving world, Battlebots gives us a way to get involved with technology. Many of those who watch the show are so inspired that they end up designing their own robotic creations, learning physics, mathematics, and geometry along the way. The combat robotics culture is huge, a culture that has grown significantly thanks to Battlebots. I am proud to say that I am part of that culture, and all the things I learned along the way I learned because I got into a show called Battlebots.

I know that there are thousands of people out there who feel the same as I do. Let's tell ABC, WE WANT SEASON 3!!!