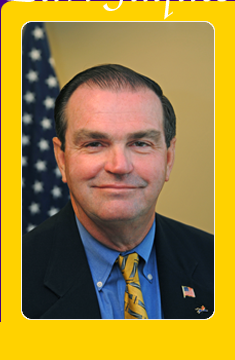 We want Delaware State. Rep. Earl Jaques to step down from the House Education Committee

The citizens of Delaware were deeply offended by several public comments made by Delaware State Representative Earl Jaques in the past few weeks. We are demanding he steps down from the Chairmanship of the House Education Committee based on the following comments:

“To me, opt out is admitting failure,” said Jaques. “[It’s] saying, oh, I can’t measure up. I’m not good enough to be able to take this test. I can’t pass that test. That’s not the American way.”

2) In an article with WDDE, Jaques told a reporter the Smarter Balanced Assessment is just a "little test". This is all a part of an effort, in conjunction with Delaware Governor Jack Markell, to downplay this test to decrease the number of parents opting out of this high-stakes test.

3) At a Christina Educators Association meeting, he told concerned teachersthat House Bill 50 in Delaware, a bill to allow parent opt out intostate law, that the bill will never pass, which hasn't even made it's way into the House Education Committee for discussion.

For all of these reasons, we do not believe Earl Jaques is sufficiently able to Chair a committeeabout education when he is unable to conveyfacts in a non-offending manner. We findhe will do whatever the Governor asks of him and he is not serving the will of the people in the State that elected him and ask that hestep down immediately as Chair of theHouse Education Committee and Delaware.

We also ask that he publicly apologize for his demeaning comments that have offended parents and students, especially parents of special needs children.