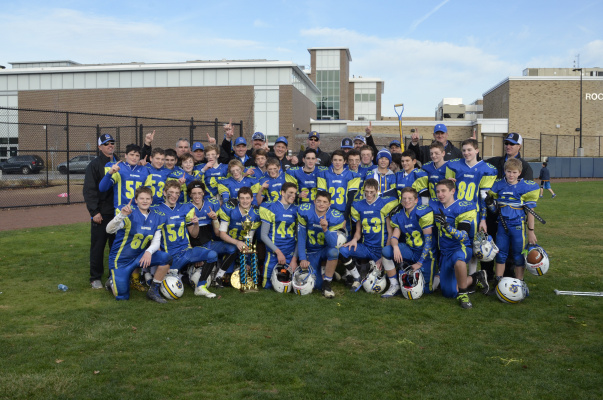 Jason Pithie is a dedicated coach who has worked on multiple levels with the the Norwell Youth Football program for 7 years. Jason has worked every job in the realm of youth football from being the President of Norwell Youth Football for 5 years, an assistant coach, a board member, an OCYFL representative, an OCYFL All Star coach for two years, announced multiple games, and has even stood in as a referee in a pinch. He has given up countless hours to the youth of our town. He has always been the first to arrive at the field, and conversely, the last one to leave. His planning, expertise, sacrifice, and devotion has brought our boys to the OCYFL Super Bowl SEVEN years in a row, and under his leadership, he has won FIVE of those Super Bowls. Jason has made a positive impact on our boys, and at this moment in time, he needs our support.

Jason requested to assist Coach Conners last year as an assistant coach. He was given multiple reasons as to why he would not be allowed to do that. He was instructed to "take the year off" and simply be a member of the community. He did this, and continued to support the program in any way possible :

As Jason has made repeated requests to join the program this year, he finally received his answer on Thursday 8/4/2017. No. He was given the reason that there were current and incoming participants of the football program that would not play football if Jason returned. The vast majority of us cannot believe that this is even remotely true. With the departure of the defensive coordinator, an open position exists right now for a new coach.

The problem with the NHS coaching staff is bigger than just the egregious omission of Jason Pithie. As parents and concerned members of the community, we must ensure that our Football program is properly staffed for the upcoming season. Jason is a highly qualified volunteer offering his time and support, yet he is being shunned away without a valid reason. This isn't safe for our boys in any capacity. There will be obvious negligence on the part of the NHS administration if they allow this to happen. As the fall season is beginning soon, our hope is that this administration will put the needs of our sons and the NHS program as a priority and begin with properly staffing this team.

To support Jason and all he has done for us as parents, our community, and most importantly, our boys, please sign the attached petition. The coach that has meant the world to us and our boys deserves the privilege to volunteer for this open position - he rightfully deserves it.