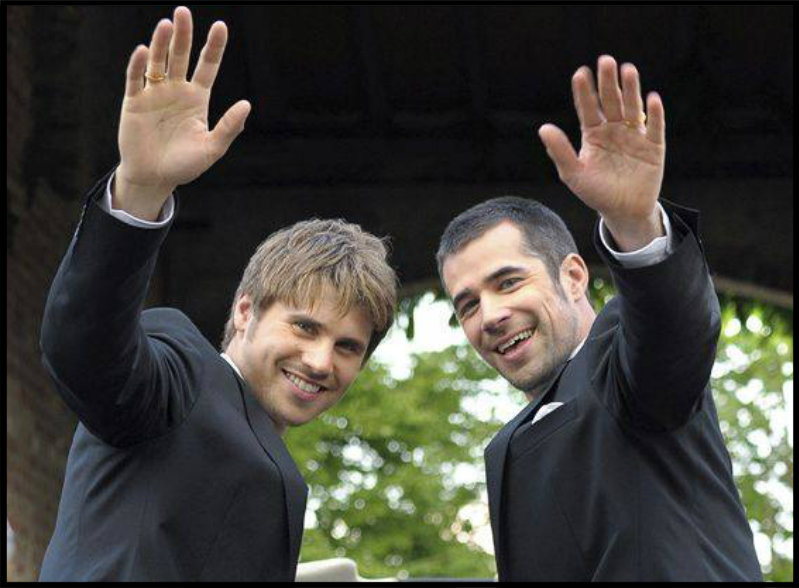 We, the many loyal viewers of Verbotene Liebe (a German Soap Opera), who have loved and supported the Chrolli love story over the past 6 years, send this petition to ask you to give them a proper ending. The only way this can happen, is by putting them back together again. Chrolli, portrayed by Jo Weil as Oliver Sabel and Thore Schölermann as Christian Mann, are one of the most remarkable and well-loved couple's on-screen. Their chemistry and the undying love they have for one another… beautiful. Their story line has received millions of views on Youtube. This is not even including the views on thousands of fan videos. The episodes of Christian's brief return from his job in England to his husband Oliver last year alone have over a million views. That shows what the fans want. We want them together. Chrolli is simply amazing. They are made for each other. Jo and Thore did an outstanding job bringing these characters to life. We have watched them grow together, go through ups and down, marry and divorce, then remarry, only to be in the process of divorcing again (from the strain of their long distance marriage). That is not Chrolli. Olli told Christian he was the love of his life and the one he had been waiting for. Christian told Olli he would marry him again and again because he was the love of his life. That says a lot about the strength of their love. One thing about Chrolli is that their love has never died through it all and it never will. Now, VL will be coming to an end at the beginning of the next year. To leave Chrolli apart would just be a devastating blow to all of their supporters who were hoping for a future reunion. It would be unrealistic to leave them apart given their history and the love they have shown for each other. That is why we are petitioning you VL, and asking you to bring Chrolli together again. Chrolli means so much to so many all around the world. They have taught us so much and brought us so much joy over the years. They have saved and changed many, many lives. Please do not let the show end with them apart. That will just destroy everything Jo and Thore have accomplished. Chrolli does not deserve that, Jo and Thore do not deserve that, and neither do the fans. Please grant us our last request. All we can do is hope that you will, because just like Christian said on the show, "Hope dies last!" Always.