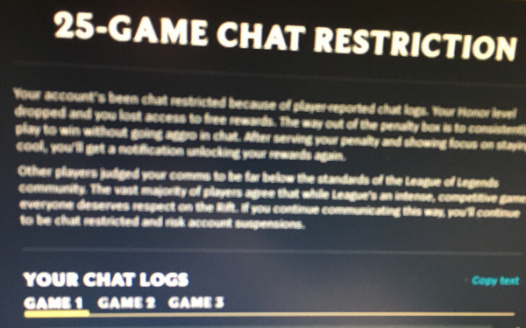 We’re sick and tired of getting banned for trying to help out teammates. We feel mistreated and don’t even get a real explanation on what we’ve done wrong after the ban.

It’s always an automated message back. We deserve respect and dignity!