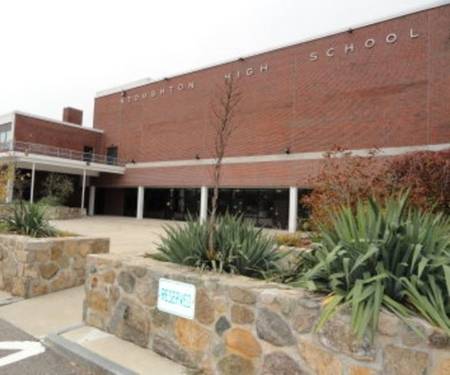 As we sit here and write this, we wonder how our school ever got here in the first place.

We want to be clear that we are not writing this letter expressing our thoughts towards any of the students that this situation regards. Our concern never has nor will ever regard those students. They made a mistake, and have already been punished for it.

We are writing this letter to express our concern with the treatment of a few teachers at Stoughton High. We are extremely upset that we, the students, have yet to hear an announcement or attend an assembly to give any information at all regarding this matter. Instead, we waited over two months before hearing anything from administration. And even then, it felt that the letter our parents received was phony and that not only was this matter not being taken seriously, but it was also a subject that was trying to be kept in the dark.

We can say that we are appalled with the treatment of a few teachers at Stoughton High School. The three teachers who have been disciplined are three of the most loved, respected, and admired teachers at our school, and we say that on behalf of current and previous students of theirs.

As far as we are concerned and have been told repeatedly, a teacher is never expected to write a letter of recommendation when asked. During the college application process, we were told, time after time, that teachers can and do say no to the request at times. In these letters, they give their word that we are moral, hardworking, and make good choices.

At the recent senior assembly, the head of guidance stated that each and every single senior that received a letter of recommendation from a teacher should show their appreciation to those teachers, further proving that this is not something that is mandatory by a teacher when asked. We strongly believe that this teacher absolutely did the right thing by rescinding her letter of recommendation when she found out that this student was not who she originally thought that he was.

Now, this teacher has been wrongly suspended. And not only is that unjust, but instead of having a twenty day straight suspension, she has been suspended only on certain days of the week... How humiliating that must be for such an admired teacher and how disappointing that the school committee, our superintendent, and our administration is allowing that to happen.

Have you ever considered the students in this situation? The teacher who has been suspended is not the only one being punished here. Instead of her students receiving a permanent sub while she serves her suspension, they are being left with substitutes who really have no interest in teaching the material that she could be teaching, and has taught so well in the past.

And then there are the other two teachers; one who thought it was necessary to discuss this issue with her class and the other spoke to a student at the very end of class. Both teachers spoke nothing but the truth, and in no way, shape, or form, had any malicious intent… It really blows our minds that they are being reprimanded for doing so, especially considering the fact that administration did not meet with the teachers regarding this issue until after these discussions in question had occurred. This situation is not a common one, so if there are rules and regulations regarding what can and cannot be talked about, then how is punishing a teacher- for doing something that they thought was the right thing to do, and something that many believe is indeed, the right thing to do- fair? There was no guidance from the administration to either students or staff.

We want to stress that this could have been such a great learning opportunity for the entire school. This issue should have provoked conversation, but unfortunately, it has done the complete opposite. The administration has pretended that this event never even occurred, when many students at Stoughton High have known exactly what really happened from the beginning. Instead of giving us an explanation, something that we believe we all deserve, we are left with no other choice than believing the rumors that spread everyday at school.

It is extremely frustrating and confusing for us to hear a variety of stories and versions of the incident that occurred throughout the halls at school every single day. Instead, we should be told the truth. As long as we can remember, we have been taught to never believe or spread rumors, but you are, unfortunately, giving us no other choice. This false information is then passed onto our parents and other family members, who continue to pass on exactly what they have heard. This information gives our administration, our superintendent, our school committee, and our school in general a bad image.

Until the administration gives us some type of explanation, students will continue to circulate rumors and believe really anything that they hear. We find it frightening that when students ask teachers about this issue, the teachers are forced to ignore the questions and keep their mouths shut. They say they can't talk about it and seem genuinely afraid. How is that fair to them? And how is that fair to us as the students? Isn’t their job, as teachers, to educate us? By keeping this issue a secret for so long, absolutely no message has been sent to the students and our families. The only message sent by silence is the lack of seriousness that the administration has taken regarding the horrific actions of a few students.

We really wonder how our school has turned into a place where teachers cannot engage their students and challenge them to be upstanding members of the community. This all happens through professional conversation. Stoughton high teachers are professional. They should not be reprimanded or suspended for what they have done. Their actions did not warrant this punishment. Our entire school is suffering from the atmosphere these punishments have created. We ask you to lift all punishments and restore the professional integrity to our wonderful teachers. We support Stoughton Teachers.