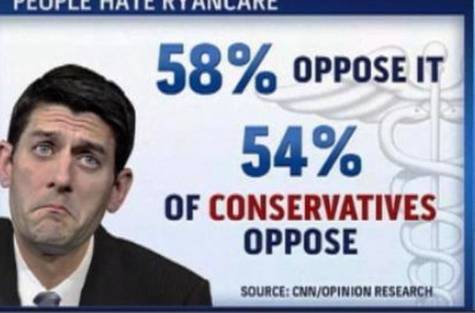 We Support Rep. Warren Davidson, No To RyanCare

IF YOU AGREE WITH THE FOLLOWING, PLEASE SIGN OUR PETITION.

The more I learn about this so-called obamacare replacement plan, the angrier I get.

Congressional Republicans are crafting a new national health care system — comprising almost one-fifth of the $18.6 trillion U.S. economy — based on what the Senate parliamentarian will allow to get through on budget reconciliation !

Rep. Davidson, your first full term will be judged by your constituents in the 8th district on this vote. I know this because I was the district coordinator for the health care freedom amendment in SW Ohio and I know that we pulled over 100,000 signatures on our petitions in this area alone to get this amendment on the ballot in 2011. I also know that the amendment passed with over 66% voting for the amendment State wide.

People in this district are passionate about getting the federal government OUT of the health care business, but short of that, we want obamacare REPEALED completely. We want a FREE MARKET solution that creates NO NEW ENTITLEMENT PROGRAM.

Any government involvement should be left up to the States and the people per the 10th amendment. The federal government has no Constitutional authority in the area of healthcare. I can’t stress this point enough. If you will think back to the Constitution class you took, you will remember this fact.

If the republican leadership hasn’t gotten the message we sent by electing Trump in the first place, the real American people, the ones who work, pay taxes, run businesses and local governments are sick and tired of being promised one thing and then that promise being broken at the first opportunity for the republican majorities in the house, senate and executive branch to make good on their promises.

We have been promised over and over since 2010 that if the republicans ever got the majorities in congress and the white house, they would REPEAL TOTALLY obamacare. We won’t put up with a bait and switch tactic anymore.

I am not making threats, just telling you the lay of the land out there in the 8th district. If you, Rep. Davidson support this abomination of a plan, you will lose our support in 2018.

I hope I am being clear.