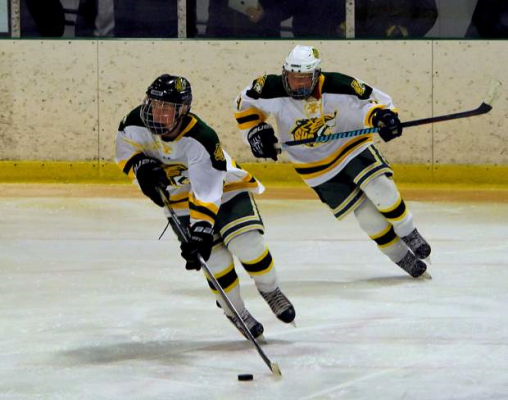 With support from the surrounding ice hockey community, Glenwood Springs High School Athletic Director, Craig Denney, will be proposing the addition of a High School Hockey Team for the 2018-2019 season. The proposal will be presented to the Re-1 (Roaring Fork School District) Board of Directors during an upcoming meeting in the middle of March 2018 for approval. The Colorado High School Activities Association (CHSAA) has voted on preliminary approval, with final approval pending.

Competitive ice hockey in Colorado for high school aged players has made a significant transformation from a club sport to a high school sport over the past several years. The number of Colorado high school hockey teams has skyrocketed over the past 10 years from a hand full to 61 current teams. This increase has been in direct correlation with a substantial decline in player numbers and the skill level of 16U and 18U club hockey statewide. There were TWO 18U A club teams in the entire state this season. Surrounding communities including Aspen, Vail, Steamboat, Breckenridge, and most recently Crested Butte/Gunnison are playing high school hockey in lieu of club hockey. Our kids have earned the opportunity to compete at the highest level, which is high school hockey.

If you are in support of this effort, we kindly ask you to sign the petition and provide a comment as well.