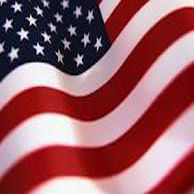 We Support Police Officers In New York And Across The Nation

The recent deaths of Black individuals in Ferguson and New York has shown there is a segment of our society that feel ALL Police Officers are racist killers. The President, the US Attorney General, the Mayor Of New York, and Al Sharpton have said many things that has poured fuel on the fires of protest, but have not said one word about the root problem - Crime in the Black society and their community. The deaths that have been protested, ALL occurred as the result of a crime being commuted or being investigated. Police officer across the nation are the thin blue line that separates us from a civil society and anarchy. We must show support for our Police Officers - our lives depend on it.