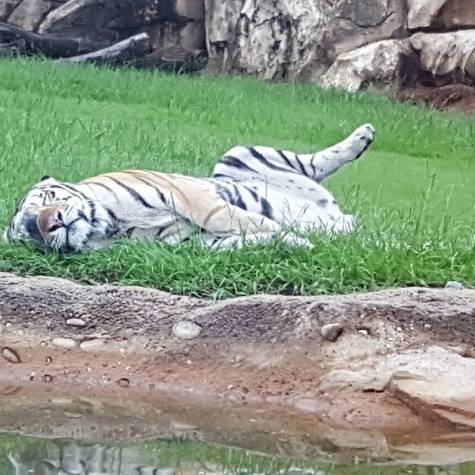 We Support Mike The Tiger at LSU

We are aware of the petition that has the intention of convincing you not to acquire another live tiger for the habitat at LSU. We all want you to know that we hope that you will not let overzealous animal advocates, that have no knowledge of these animals specific needs, sway you to not allow the veterinarian doctors and students to rescue another tiger to house in the habitat at the school. Most of us are animal rights advocates just as much as those supporting our opposing petition but we, on the other hand are realistic. We love that you guys rescue these tigers. We know they are very well taken care of, and live better and safer than they would if released into the wild after already being in captivity. We support your decision to replace Mike VI when he passes which is sadly coming soon. Most of us are deeply saddened by Mike VI's current health issues, however, we know that it is to no fault of the school. Mike the Tiger is not only our LSU mascot he has been an ongoing tradition that most of us have known since we were children. He has been family to the staff and students that care for him and he has been a star to LSU fans and others as well. Please do not break a decades long tradition and please do not stop rescuing tigers due to a small percentage of over bearing animal rights advocates. We would also like to ask that you consider making Tony from Tiger Truck Stop our next Mike, if the owner can be convinced to do so!!!