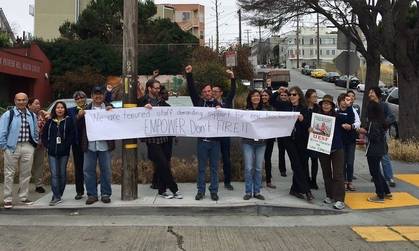 We, the undersigned, are members of the Starr King Elementary School community who are advocating for improvements to the work environment at Starr King and for fair and professional treatment of the SK teaching staff.

This week, Starr King tenured teachers adopted a Work-to-Rule schedule to call for improvements in the working conditions at the school and to promote better staff and teacher retention.

We take our teachers’ concerns seriously and urge the following:

By signing this petition, we are asking the Board of Education and the School District to acknowledge and evaluate these issues and actively work toward fostering a more positive climate at Starr King.