We Say "NO" to the Proposed Corpus Christi Street Fee!

We Say "NO" to the Proposed Corpus Christi Street Fee!

The citizens of Corpus Christi wish to inform the Corpus Christi City Council and Mayor Nelda Martinez that we oppose completely the proposed street fee ordinance that it is considering to enact for the purpose of collecting $15 million for street repairs.

Rather, we believe the proper solution is for the City to implement the process known as Lean Six Sigma. According to conservative estimates this would result in the following:

We want the City Council to vote no on the street fee ordinance and instead use Lean Six Sigma to reduce wasteful spending in the Corpus Christi City budget. 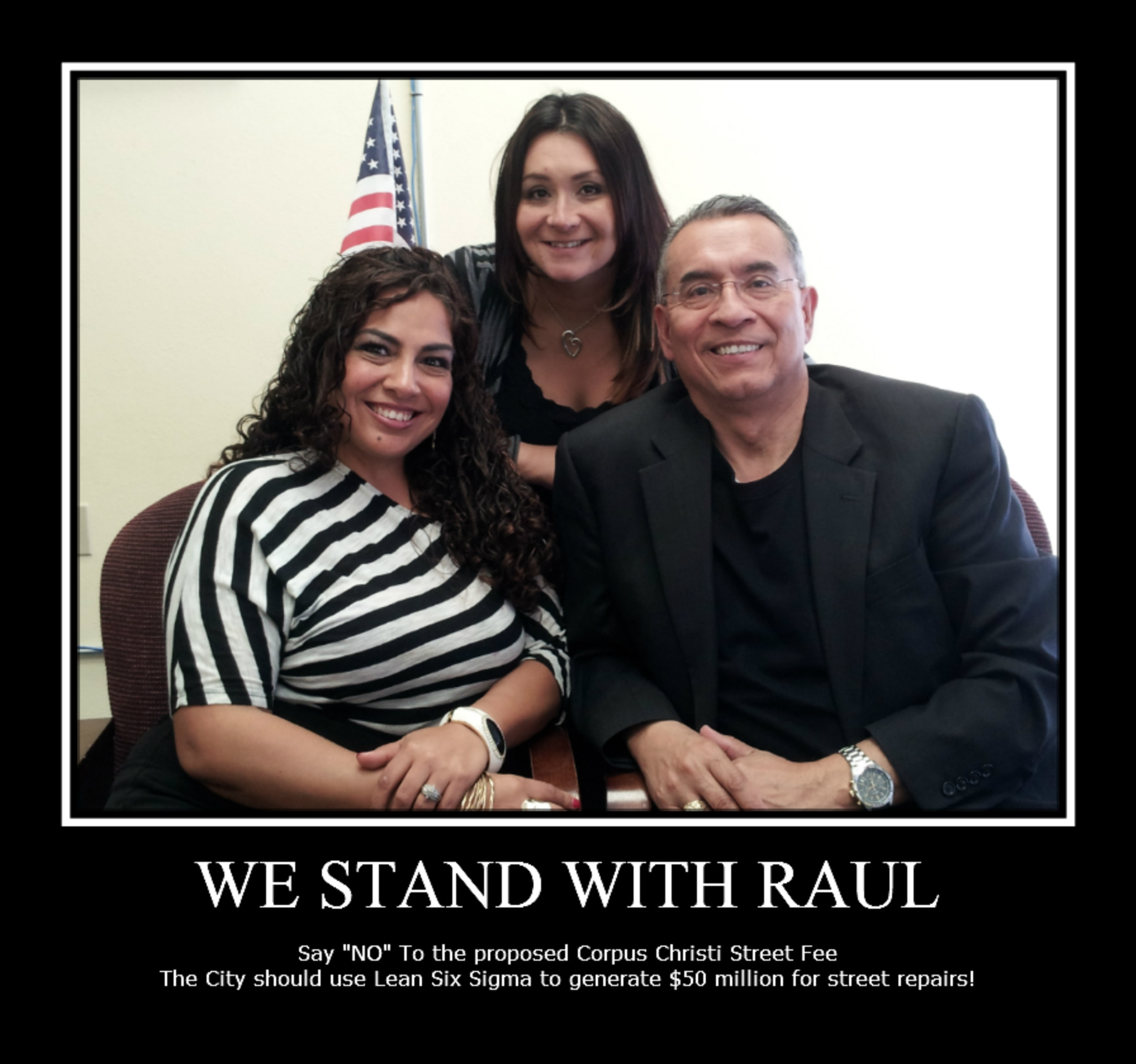