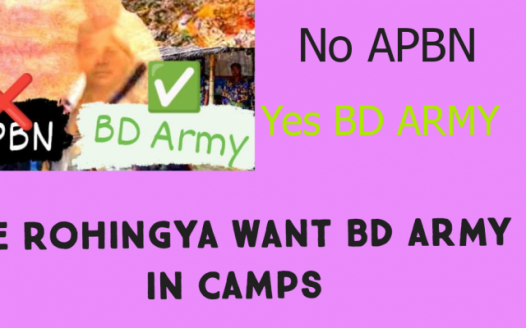 We Rohingya Refugees are Genocide Survivors and world most persecuted minority from Myanmar. Due to Myanmar Military operation, we had fleed from our mother land Arkan at 2017, August 25. After fleed, Bangladesh government had given shelter with supports of UN and International communities. Local Goverment developed Armed Police Battalion (APBN) to maintain law and enforcement in Rohingya Refugees Community but after all they started different kinds of injustice in Camps now so their arbitrary arresting,extortion, and so on are unbearable for us. Therefore we humbly requesting to Local Goverment to develop BD Army in Camps to maintain peaceful situations like before they did.