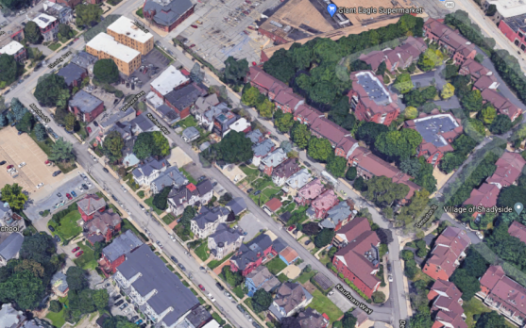 121 people have signed this petition. Add your name now!

As residents of the neighborhood immediately surrounding the Shady Hill Center, we ask the Zoning Board of Adjustment to deny the application of Joseph Bevins, Echo Realty, and Shakespeare Street Associates for a Special Exception/Variance which would allow a six story, 85 foot high retail/residential building. The current 60 foot, five story limit provides ample opportunity for reasonable use of the property without introducing many detrimental visual, transportation, and operational impacts on our neighborhood which we are detailing for the Board’s review in a separate written submission. The property developers have not proven any hardship which would merit such a variance and special exception. After two years of meetings with community organizations in which we have participated, the developers have never agreed to reconsider or change these height and density plans as we have consistently asked. They have behaved as if the granting of a Special Exception and variance were assured.

We know several Registered Community Organizations (RCOs) have expressed support for Echo Realty’s redevelopment plans. These organizations favor many objectives which we share: more affordable housing, transit oriented development, and greater accessibility to nutritious and affordable food. However, we believe redevelopment of the site may help achieve these objectives without any relaxation of the zoning ordinances. We, the residents of the neighborhood in the shadow of this development, are the ones who will pay the price for an increase in height and density beyond what the zoning ordinance provides. The essential character of the "middle housing" neighborhood where we live, walk, bike, shop, drive, commute, and play would be permanently altered if the Special Exception and variance are granted. The Zoning Board of Adjustment should deny this application and insist that the developer honor our City’s zoning law.