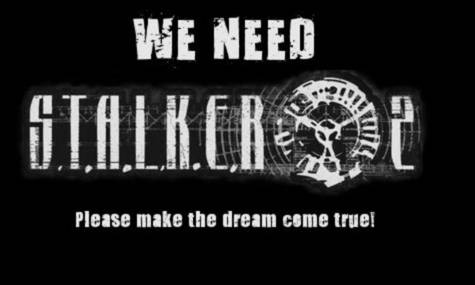 I would like to express my gratitude for creating S.T.A.L.K.E.R., the most immersive and climatic game series I’ve ever played. The hundreds of hours spent before monitor, exploring anomalies and mutants filled Zone, completing quests and solving mysteries sunk deep into my memory and imagination. It wouldn’t be wrong to say I’m not the only one to feel that way.

Despite the fact the first game came out in 2007, the spirit of S.T.A.L.K.E.R.lives on is doing well - to say at least. S.T.A.L.K.E.R. games are very inspiring for all of us and this inspiration is expressed by thousands of mods, books, fan-created content (art, stories, videos), L.A.R.P. events and cosplay, message boards and facebook groups. But inspiration is not everything what is behind this game’s popularity. There is also a deep need – an addiction one might say – for S.T.A.L.K.E.R. series to be continued!

Which brings me to the point of this letter. I love S.T.A.L.K.E.R. and I would love to be immersed into this dark and mysterious atmosphere once again! I urge you to make S.T.A.L.K.E.R. 2, not only for me, but for all stalkers around the world.