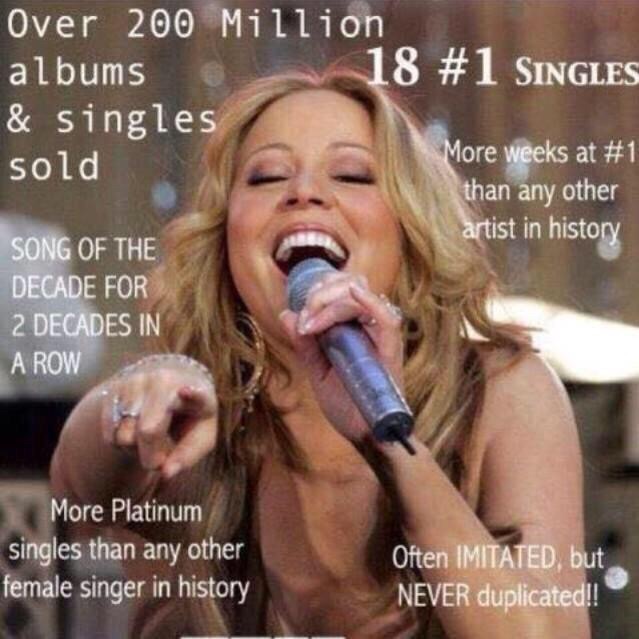 We Want Mariah Carey at the 2015 Billboard Music Awards!

Mariah Carey, who is one of the top-selling artists of all time. The Grammy award winner rose to fame with her 1990 self titled Album "Mariah Carey" and first #1s hit single, "Vision of Love" and made a comeback with "The Emancipation of Mimi" in 2005.

The Billboard Music Awards are awarded by Billboard magazine, the preeminent publication covering the music business. Mariah Carey has received 32 awards from 89 nominations.
Mariah Carey is undoubtedly the most successful artist In billboard history.
This Link below only states a fraction of her achievements!
http://m.billboard.com/entry/view/id/40430
With Mariah's Upcoming Residency, all the Lambs (Mariah's Fan Army) want Mariah to shine at the 2015 BMA's which is also the night before she releases her new single "Infinity", which is sure to be her 19th #1 single.
So Mariah Carey and her staff & Billboard producers, we need Mariah at the 2015 Billboard Music Awards!
*Update* Just found out that Marih will be at Vegas do that date, she could perform via Satellite.