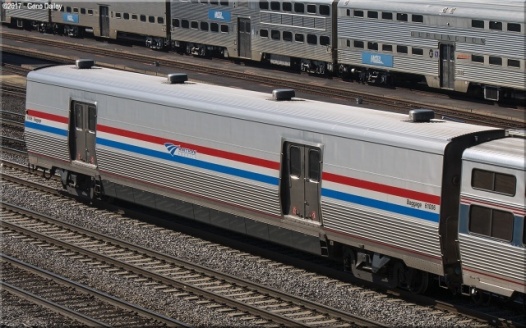 Despite HO being the most popular scale for model railroading, it has yet to have a mass produced model of the Amtrak Viewliner II Baggage Car. Since the debut of the prototype on 2014, both N Scale (KATO) and even O scale (Golden Gate Depot) have had a model produced or officially announced.

We are petitioning manufacturers like Athearn, Bachmann, and Rapido Trains to strongly consider the Viewliner II Baggage car as the next high quality Amtrak Model that we have come to expect from these companies. We have been extremely impressed with Athearn's efforts to upgrade the P42 to the Genesis line, Bachmann's success with the ACS-64 AND SC-44 Charger, and Rapido's preproduction samples of the upcoming Horizon Fleet cars. We have no doubt that either of these companies will do a fantastic job with the viewliner baggage car.

It is our hope that over time, each car type would be produced however, since the baggage car has the most geographic exposure and can be found on many Amtrak trains across the United States, it would be most advantageous to lead with this model first.

We are an enthusiastic and growing part of the model railroad hobby and truly appreciate compamies' efforts in listening to this particular portion of the market.

Please also indicate in the comments how many you would be willing to purchase!