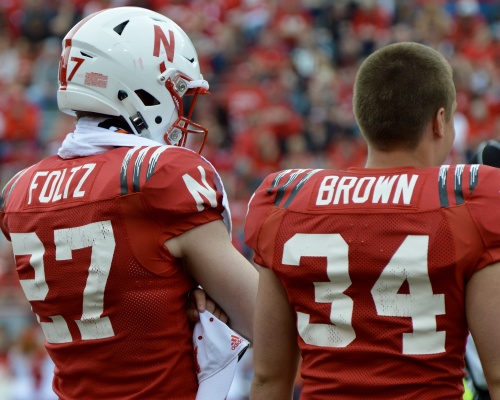 We Have Your Backs

We've been Husker fans for all of our lives. We love our team and the football program. Many of us who are older have been through difficult times before. We know that building a great program takes a lot of time and work. We watched Coach Osborne do it, and we're watching you do it. We can see the progress you're making.

Win and loss records aren't the only way to measure success. Playing against two top-twenty teams back-to-back is tough for any team. No one believed you would be competitive in those games. But you were not only competitive; you darn near won those games! Past teams might have given up. Not you guys. And we won't give up on you. We support you, what you're building, and WE HAVE YOUR BACKS!