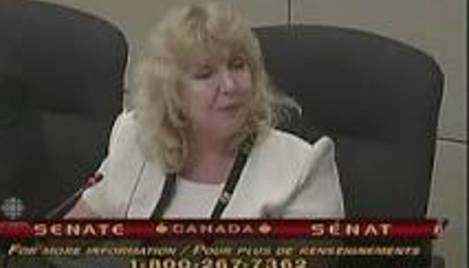 We demand the resignation of Senator Lynn Beyak and issuance of a formal apology.

NDP MP Romeo Saganash is calling on Conservative Senator Lynn Beyak to resign after comments she made about residential schools.

Saganash, the Member of Parliament for Abitibi—Baie-James—Nunavik—Eeyou, is a residential school survivor.

"It is clear that the schools have been, arguably, the most damaging of the many elements of Canada’s colonization of this land’s original peoples and, as their consequences still affect the lives of Aboriginal people today, they remain so."
—John S. Milloy, A National Crime

“I speak partly for the record, but mostly in memory of the kindly and well-intentioned men and women and their descendants — perhaps some of us here in this chamber — whose remarkable works, good deeds and historical tales in the residential schools go unacknowledged for the most part,” Beyak said Tuesday in the Senate.

Her statements minimize the experiences of thousands and thousands of aboriginal children who were ripped away from their families (many by police officers who had a duty to protect them from harm), forced to learn English (or French), not allowed to speak their own mother tongue, not permitted to participate in their culture and traditions, not permitted to practice their faith, raped, sodomized, beaten, underfed, and not provided proper medical care, to name just a few of the sins that were inflicted whether or not by “well intentioned religious teachers” or paedophiles without a single good intention. This forced integration and the denial of the child’s culture, language and customs was done under threat of torture and actual torture.

Beyak, who lives in Dryden, Ont., is a member of the Senate committee of Aboriginal Peoples. She was appointed to the Senate in 2013 by former prime minister Stephen Harper.

It's not the first time Beyak has made controversial remarks. On Feb. 28, she questioned the need to add protection for transgender people in the Canadian Human Rights Act and advised people in the LGBTQ community not to draw attention to themselves, citing friends of hers.

If you believe that it is unacceptable for a Canadian Senator to trivialize one of the darkest chapters of Canadian history, then sign the petition and contact her directly at lynn.beyak@sen.parl.gc.ca or phone the senate (1-800-267-7362) and demand her resignation.