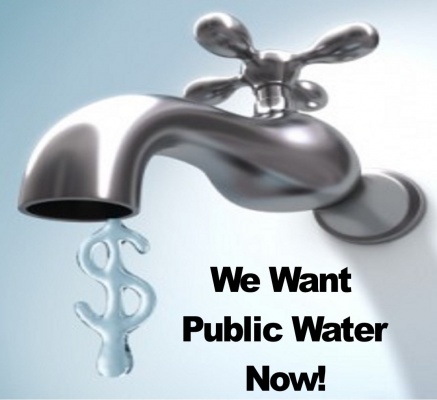 Racism Has No Home Here 0

We Demand that the Water Authority Hold Public Meetings

Racism Has No Home Here 0 Comments
19 people have signed. Add your voice!
2%

The South Nassau Water Authority was established a year ago and have yet to hold one public meeting.

Now that it's winter and our water bills are manageable, we don't want the Water Authority or Liberty to think that ratepayers forgot the goal of a public acquisition. It's been over a year since the water authority was formed to acquire Liberty Utilities. We need to know the status of its negotiations with Liberty to acquire its water system in the Town of Hempstead.

We have been held hostage by a private water monopoly that profits for supplying a basic necessity - water. We have been paying outrageous water rates for way too long.

We DEMAND that the South Nassau Water Authority begin holding meetings to advise the public of the status of its efforts to acquire Liberty Utilities pursuant to state law. A public authority must be transparent, responsive and effective. Let's get this done!