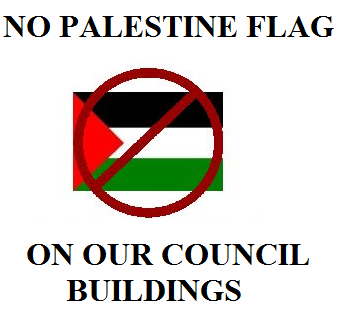 698 people have signed this petition. Add your name now!

A group calling itself 'Free Gaza Inverclyde', aswell as a local Councillor are attempting to cause public division by calling for a Palestinian flag to be raised over Greenock Town Hall, aswell asother council buildings. They are also attempting to rename a local street to 'Palestine Street' in an attempt to further their warped political beliefs and thrust them upon the public.

The residents of Inverclyde can not tolerate such volatile acts, one sidedness or political stuntery, which will only serve to cause serious and dangerous divisions within our communities. We call on Inverclyde Council to reject this proposal.