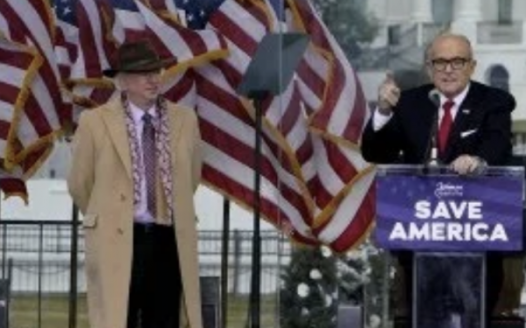 We implore Dr Struppa to take action and fire John Eastman . Eastman does not represent the values of the Chapman community. His actions are actively damaging the reputation of the university and the value of our degrees.

The weaponizing of misinformation is one of the greatest threats to our democracy. Despite his position as a law professor, John Eastman actively participated in promoting a conspiracy theory that had been debunked by the highest court in our land. By participating on stage with Rudy Giuliani, as he called “trial by combat”, John Eastman helped to incite a violent insurgency against our democracy, which left 5 people dead. By law, those that incite others to commit a crime are equally guilty of that crime.

While Eastman will likely avoid being held legally accountable, his actions more than warrant termination. We need to return honesty, decency and integrity to our social discourse. We implore you to show leadership and take action to restore the reputation of the Chapman community.